New steam departure for 2021. Celebrate the White Nights season on this spectacular rail journey deep into the Arctic Circle

Join us on an incredible rail journey during the celebratory White Nights season as we cross deep into the Arctic Circle by private train. Incomparable cities, remote communities, serene forests and stories recounting a turbulent history awaits you on this adventure of a lifetime. A tour that will be a photographer’s dream, what better way is there to experience the land of the midnight sun than by private train? 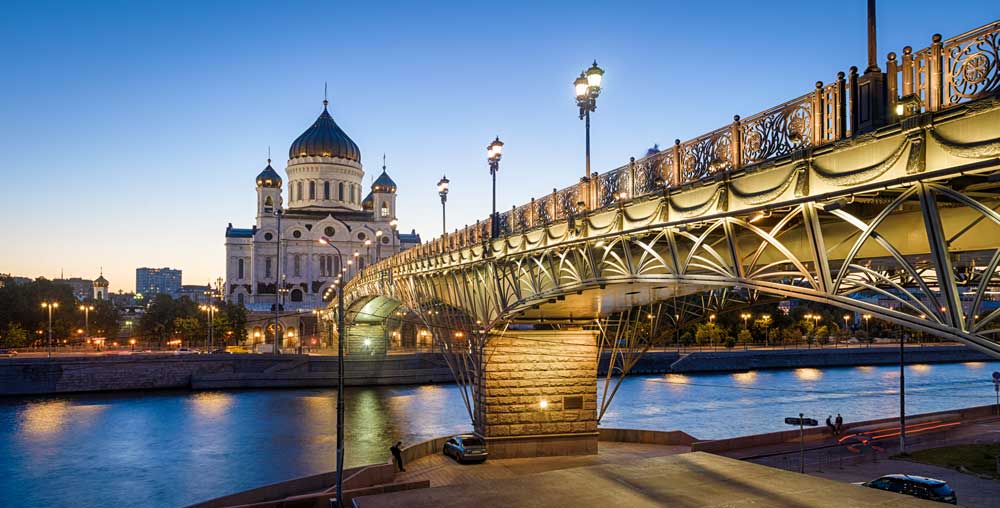 Flight arrivals into Moscow and transfer to the luxurious Four Seasons Moscow (or similar) situated on Red Square for two nights. This evening you are invited to a champagne drinks reception with the opportunity to meet your fellow travellers before our exclusive Welcome Dinner. Specially selected international wines are included with dinner, as with all meals during the tour.

At the start of your adventure why not extend your stay in Moscow with pre-tour nights to explore more of the city at your leisure?

Today in Moscow we make an extended visit to the Podmoskovnaya Train Station and Locomotive Depot.

We transfer this morning to Moscow’s Kazanski station to join Russia’s premier train, the Golden Eagle, our home for the next 12 days. There will be a welcome reception and introduction to the train staff in the Bar Lounge Car, followed by lunch, as we depart. There will not be many hours of darkness in the next two weeks as this is the time of year the Russians call ‘White Nights’.

This evening we make a short stop in the town of Roslavl. 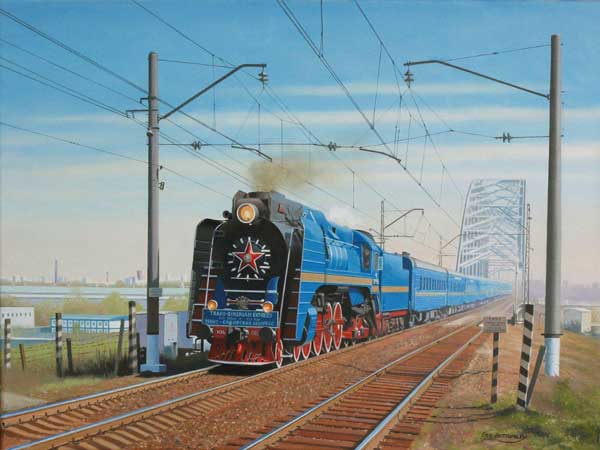 Today we relax on board as our steam engines haul us through the Russian countryside.

This morning we make a visit to Pskov with its ancient and well restored centre situated on the Latvian border and in whose station Tsar Nicholas II abdicated on 15th March 1915.

We return to the train for lunch and travel onto Novgorod for a short city tour, billed as the birthplace of Russia. Within Novgorod Kremlin’s red-brick fortress walls is the 5-domed, 11th-century St. Sophia Cathedral.

After breakfast we visit Catherine’s Summer Palace in Pushkin, including a visit to the Amber Room. Lunch follows at the Podvorye Restaurant (a typical Russian Log House). There is an afternoon tour of the city of St Petersburg incorporating a visit to the Imperial Waiting Room at Vitebski Station and an optional visit to the Railway Museum before we re-join the train for dinner. 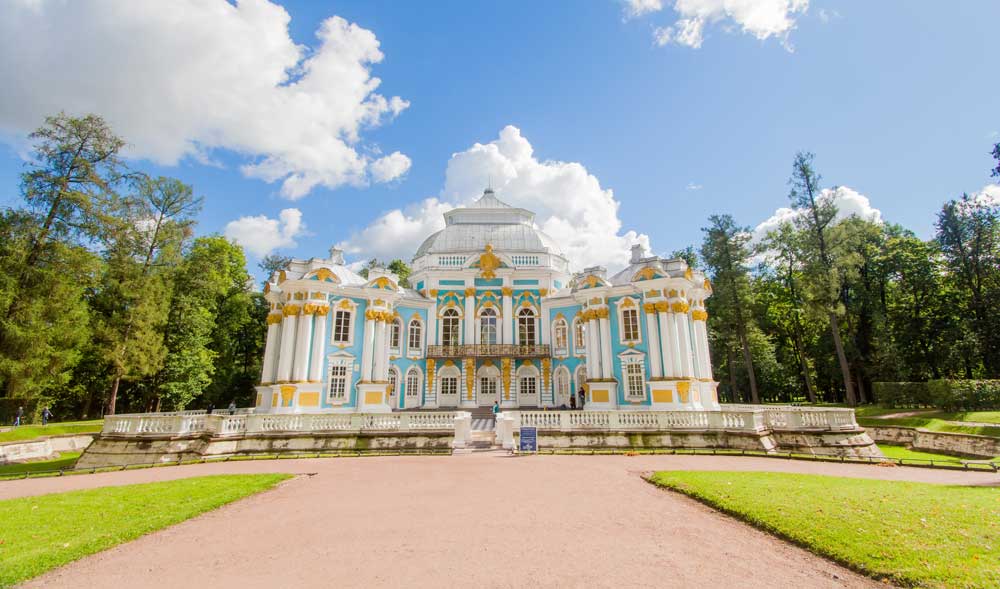 Petrozavodsk stretches along the western shore of Lake Onega – the second largest lake in Europe. It is one of the major cultural and industrial centres of the North-West of Russia and is the capital of the Republic of Karelia.

This afternoon, we enjoy a private folk performance before we take a city tour and a hovercraft transfer to visit Kizhi Island on Lake Onega to explore its open-air museum of wooden architecture. Marvel at wooden churches built without the use of a single nail which have survived the challenges of Russian winters and revolution.

We will continue to Murmansk, a city halfway between Moscow and the North Pole, and 120 miles north of the Arctic Circle. As the main city of the Kola Peninsula, it started as a tiny settlement and Arctic trading post. In 1916, under pressure from the British to establish a support port, Murmansk was founded.

Thanks to the influence of the Gulf Stream, the port is ice-free year-round. Here we learn about the perilous missions of the many Arctic convoys, hunted continually by the German Navy, which sailed from the United Kingdom, Iceland and North America to Murmansk in World War Two to deliver essential supplies to the Soviet Union. As Murmansk is homeport of Russia’s nuclear-powered icebreaker, we make a scheduled visit to the Nuclear Icebreaker Museum Ship. 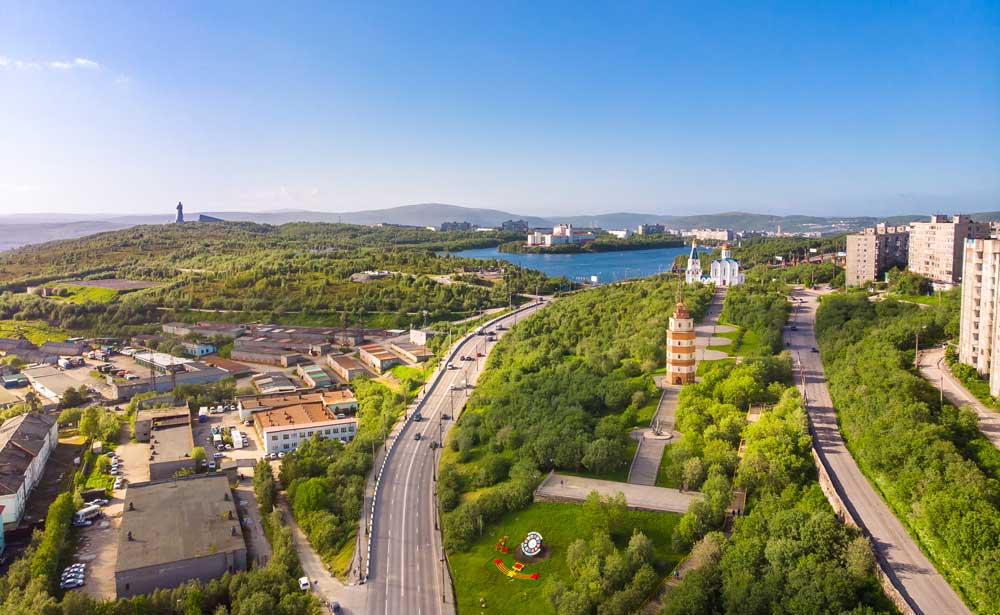 Early morning we will arrive at Nikel, on the border with Norway. The station is close to the Nikel smelting plant which in part has caused the devastation to the surrounding countryside that will have been evident for the 20 miles before our arrival. An eerie place but has been one of the highlights of our previous tours.

After arriving early morning into Kem we transfer to a small boat bound for Solovetsky Monastery on Solovetsky Island in the White Sea. The Island is also infamous for its ‘Special Purpose Camp’ set up by Stalin and is the location used as the basis for Solzhenitzyn’s Gulag Archipelago. 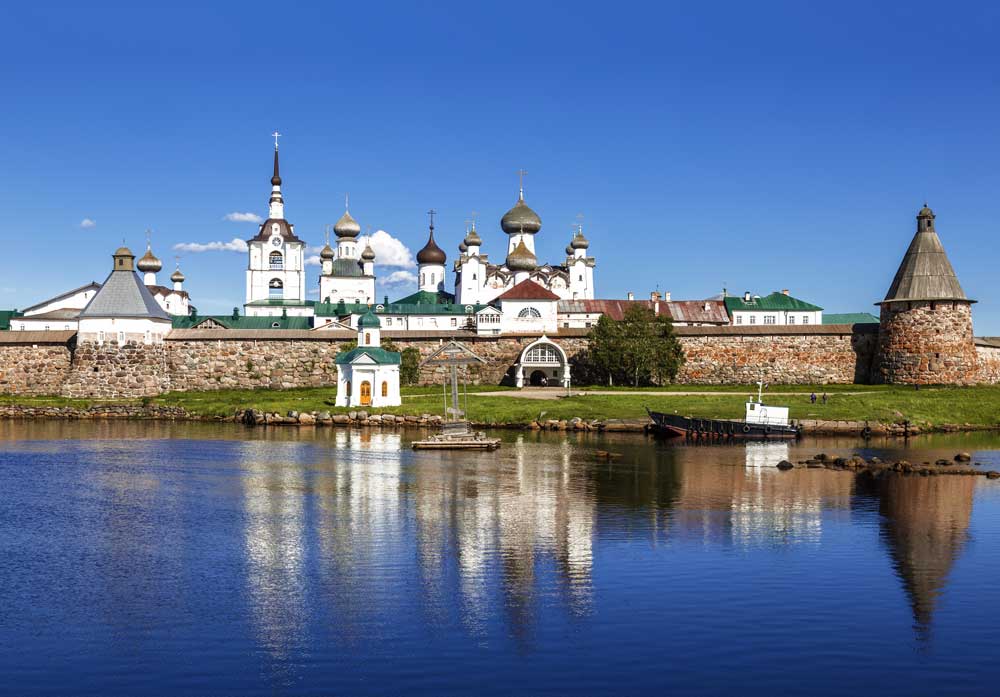 We spend the day touring Archangel, a town located on the banks of the White Sea that was the chief seaport of medieval Russia. On our city tour we will have the opportunity to visit the British and American Arctic Convoy War Graves and the Wooden Architecture Museum.

This morning we make a short stop in the town of Bakaritsa.

This morning we arrive in Vologda which is particularly known for its beautiful Kremlin, whose landmark buildings include the 16th-century St. Sophia Cathedral and its gilded bell tower.

We return to the train for lunch whilst our P36 steam locomotives haul us to the next location Yaroslavl for a short city tour. Yaroslavl is the largest and oldest (founded 1010) city on the Golden Ring, a fact underscored by its place of honour on the Russian 1000-rouble note (including the 15-domed church of John the Baptist on the back). Embraced by two rivers, the mighty Volga and the smaller Kotorosl, Yaroslavl’s centre is dotted with onion domes like no other place in Russia.

This evening we enjoy our farewell dinner on board. 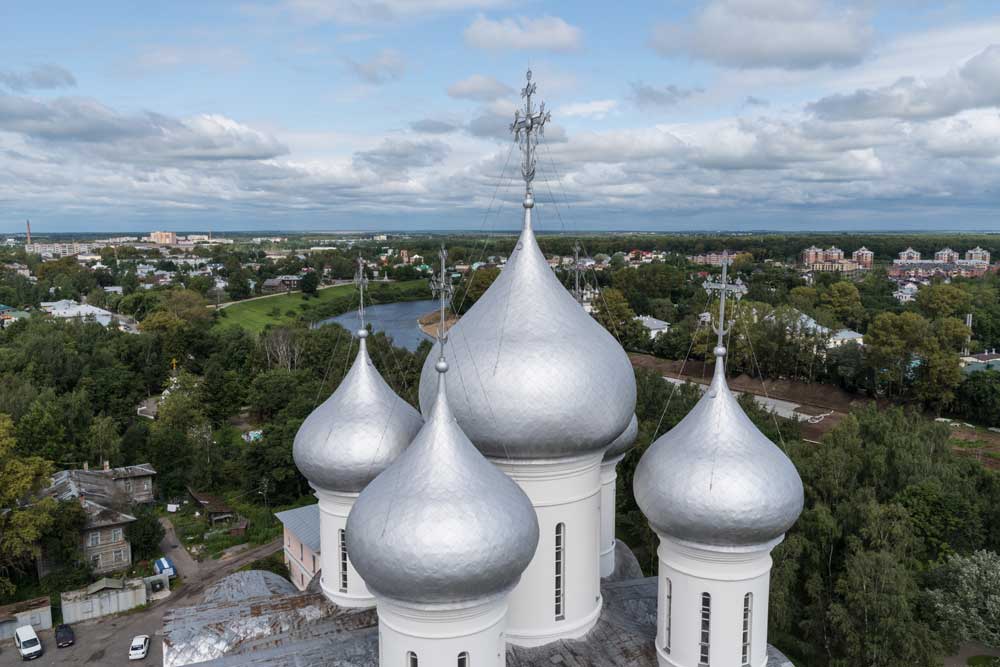 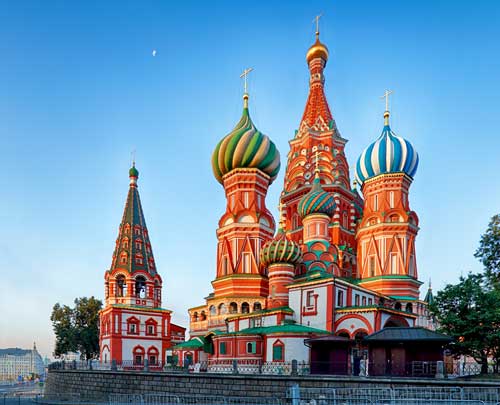 This morning we return to Moscow where we will spend one night at the Four Seasons.

Today we visit Red Square, an iconic symbol of Russia’s former military and political might with its eclectic mix of fascinating architecture, such as the ornate St Basil’s Cathedral’s magnificent onion-domed spires, the beautiful façade of the world famous GUM Department store constructed in Tsarist times, and the sombre and evocative site of Lenin’s tomb.

We’ll also take a tour of the opulent and unique stations of the Moscow metro – showpieces of Socialist art furnished with statues, frescoes and mosaics, unsurpassed anywhere in the world.

Breakfast in the hotel brings the tour to a close and airport transfers are provided for departing flights. 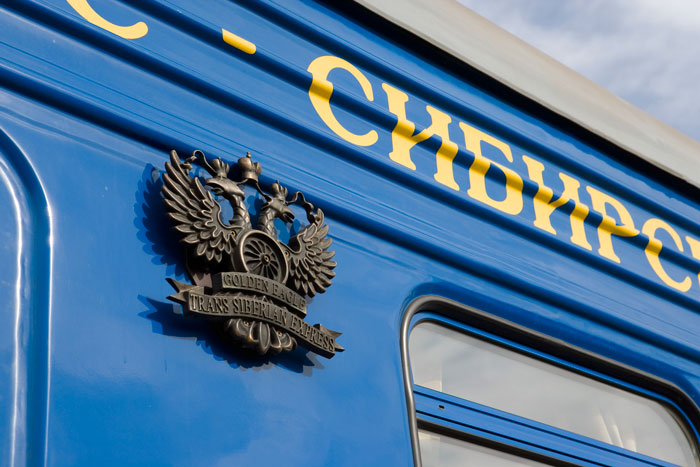 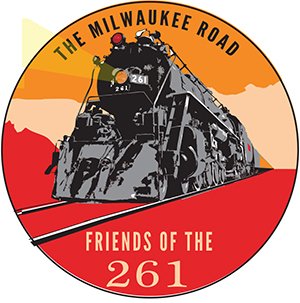 Book with us today!