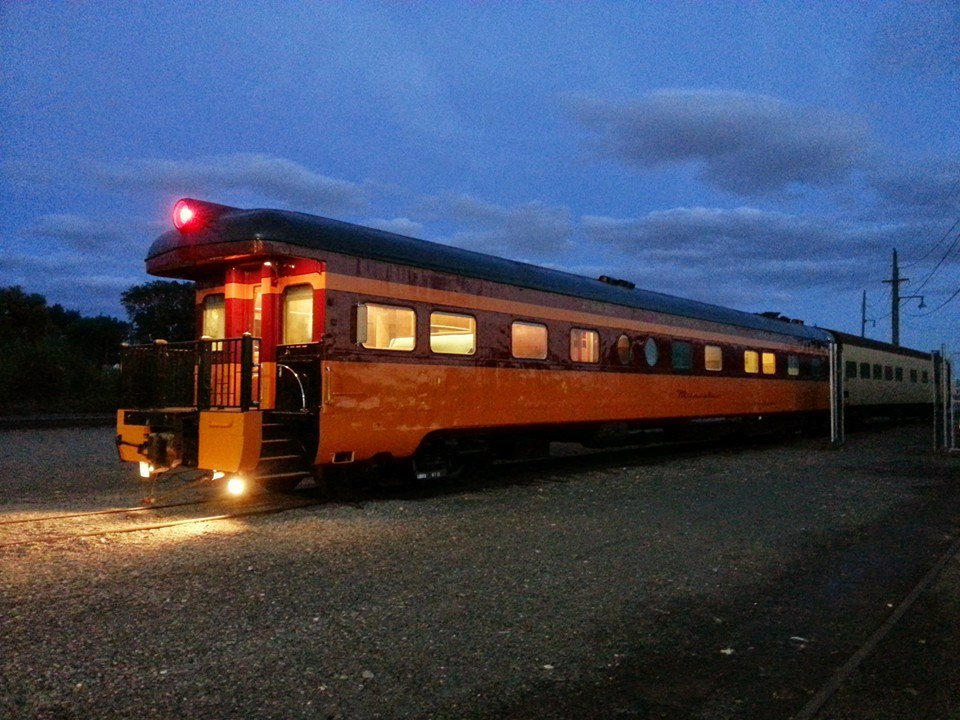 The Chicago, Milwaukee, St. Paul & Pacific Railroad constructed business car Milwaukee at its West Milwaukee Shops in December 1948. The Milwaukee and sister car Wisconsin were the final, all-new cars delivered by the facility, which has since been demolished. The car includes an open platform on the rear, a large lounge area, several bedrooms, a dining room and a kitchen. The car remained in service for the Milwaukee Road until 1977 when it was retired and sold into private ownership.

Passing through a succession of owners, the car eventually became the property of the Museum of Transportation in St. Louis. In early 2009, the museum offered the car for sale, and the Milwaukee was purchased by the Friends of the 261 and sent to Minneapolis, Minn. for future restoration and service. Rare Nystrom trucks, which were removed by a previous owner, will be refitted to the car and the exterior repainted into the famous Milwaukee Road orange and maroon streamliner colors that the car carried when it was built. Its original name was also restored.

The Friends of the 261 are planning a complete restoration of the car, which will allow it to operate on the rear of Amtrak trains and on special excursion runs. The car will also be made available for charter, so individuals and groups can ride in the style once enjoyed only by railroad executives and presidents.

For your next trip, special event, corporate trip, or just for fun, ask for the Milwaukee or any of the other cars in our fleet