Built by the Budd Company in 1952 for the Pennsylvania Railroad as a 60-seat coach, 14-seat lounge, and delivered for service on the Boston-Washington Senator. It was later converted into a straight coach and used on the Pennsylvania’s Clocker service (although PRR never used the name, it was unofficial until Amtrak formally adopted it in 1981) between New York and Philadelphia as No. 1596.

When the Pennsylvania and New York Central merged in 1968 it came under the ownership of the new Penn Central. In 1971, Amtrak acquired the car, when it was converted to head end electrical power in May 1981 and renumbered 7426. It was later renumbered 7615 and in the summer of 1996 was named Glen Falls for use on Amtrak’s New York-Montreal Adirondack.

Retired by Amtrak in 2003, it was then acquired by the Friends of the 261 and renamed the Lake Pepin.

Contact us for your next trip, special event, corporate trip, or just for fun, ask for the Lake Pepin or any of the other cars in our fleet 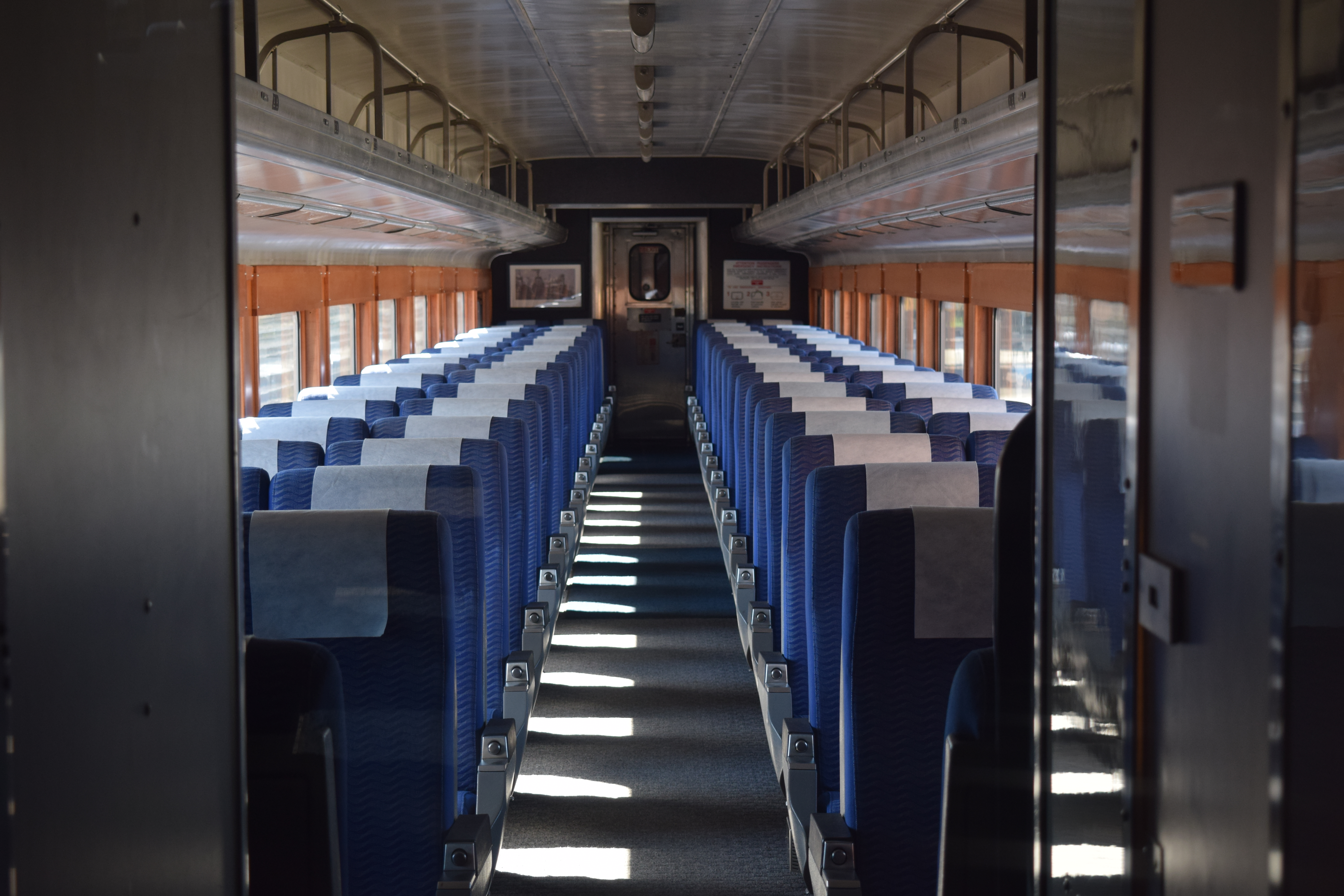