Steam locomotive 261 undergoing signification firebox work before the 2019 season. As the snow has melted and Spring has sprung work begins on getting the 261 ready for the 2019 season. Work crews have undertaken the major job of replacing one of the water circulators or sometimes called “Arch Tubes” in the big 4-8-4’s fire box.

Built in 1944 the 261 was designed with most modern technology for thermodynamic water circulation. The American Circulator Company touted that the 5” diameter pipes were the most efficient way of circulating water from the lower part of the fire box foundation ring, around the firebox and over the crown sheet. With modern Super Power locomotives in order to create the maximum horse power you need to be able to boiler water quickly and efficiently. It is estimated that the at maximum power the 261 can evaporate as much as 10,000 gallons of water an hour. 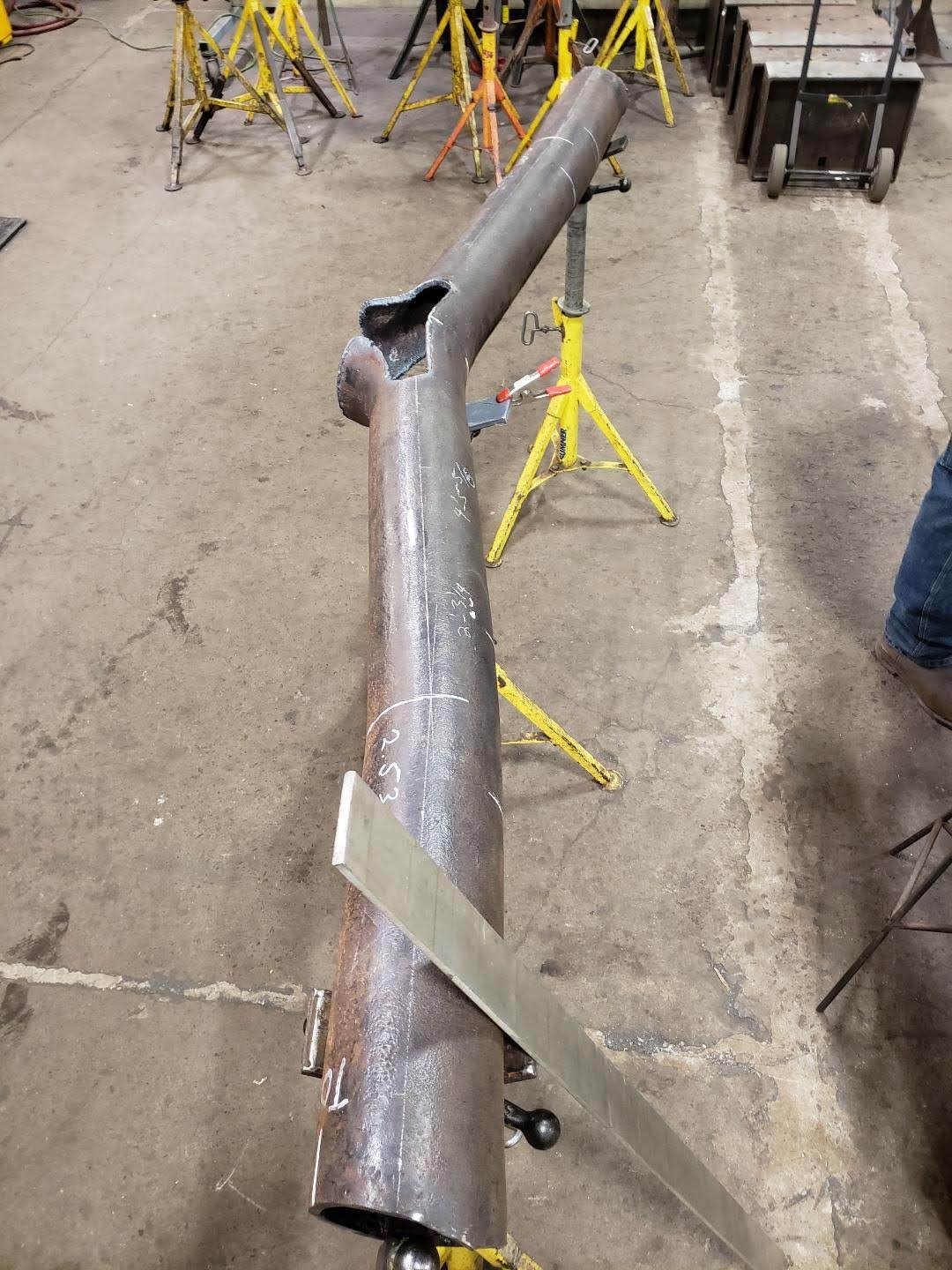 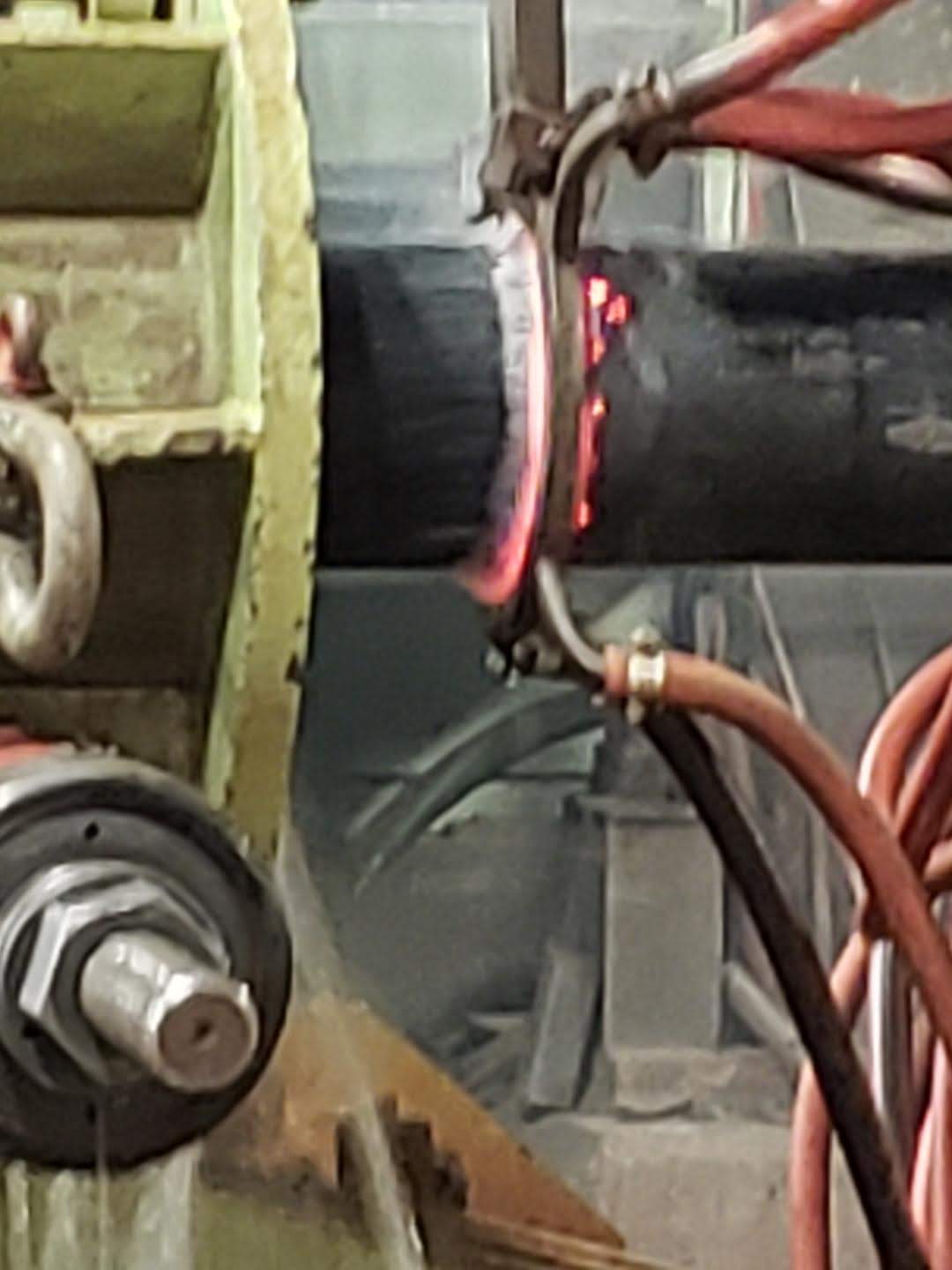 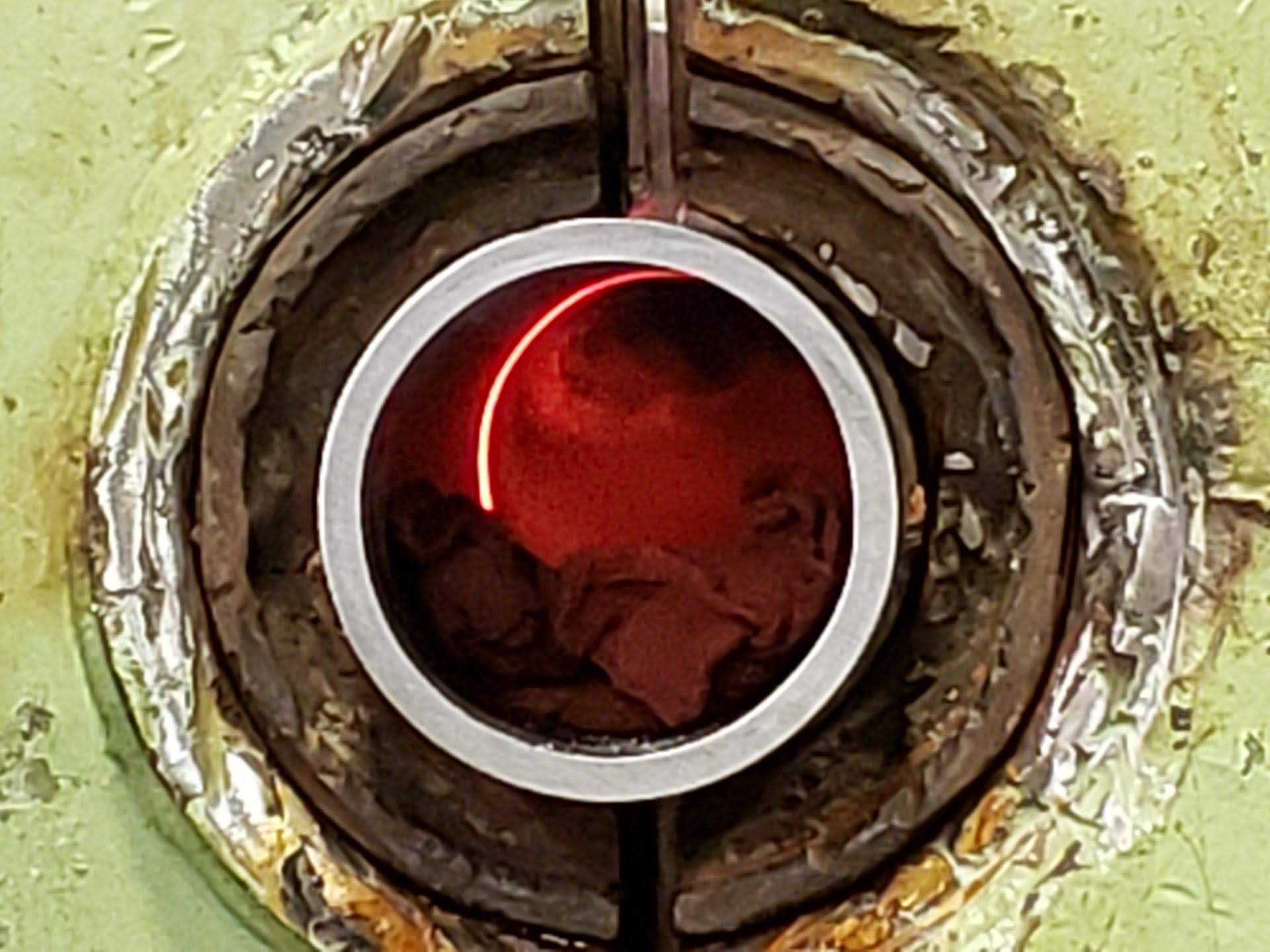 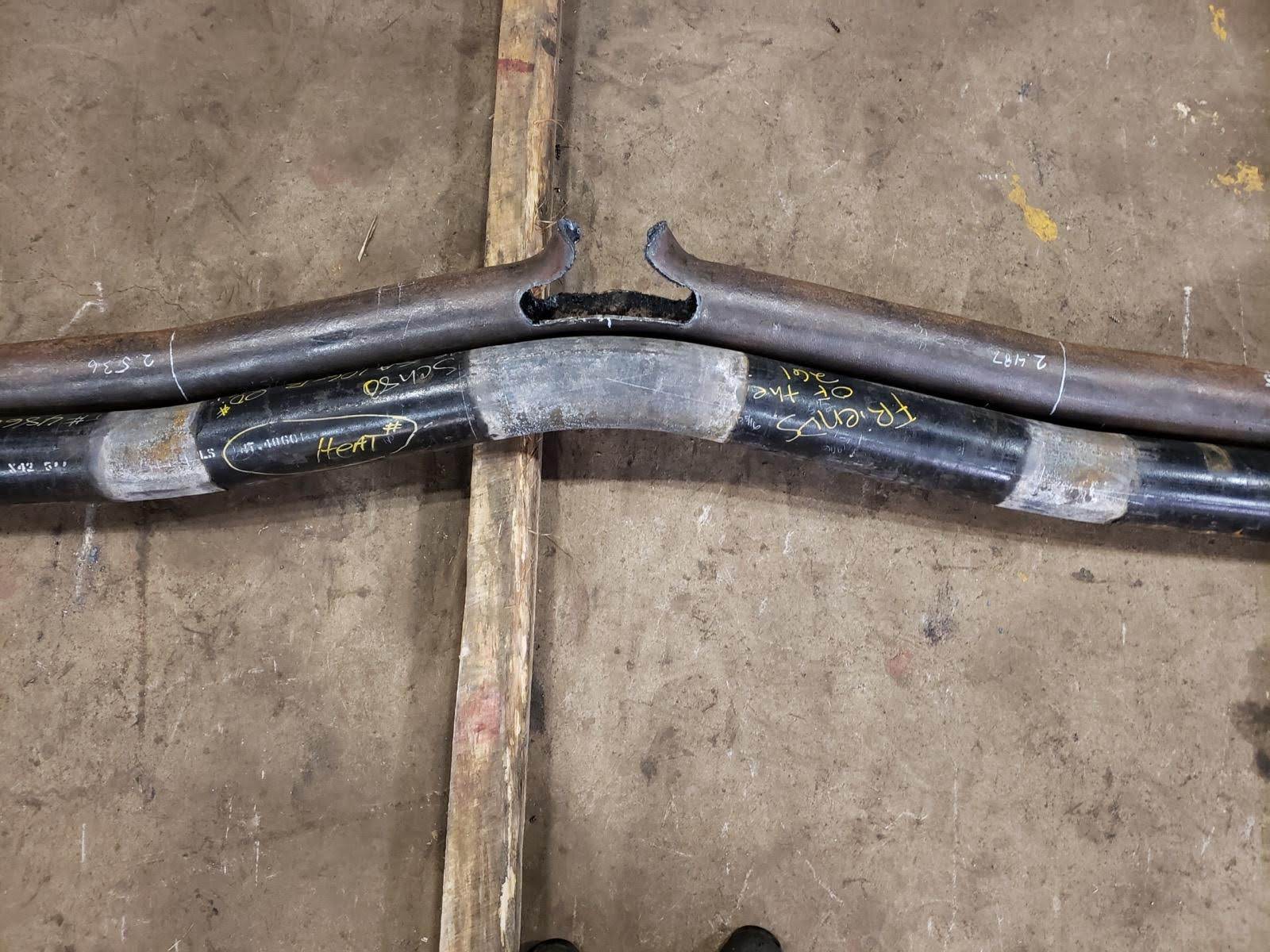 Each year as part of our annual Federal inspection we are required to ultrasonically test these pipes to verify the thickness of the metal and make sure they are suitable for the 261’s boiler pressure. The original thickness is required to be 3/8” thick steel, over the many years of service the front tube which is closet to the fire has developed some small thin areas where the arch brick has rubbed the metal. Safety First, we have been closely monitoring these for years and it is now time for replacement.

Next time you’re in the 261 cab ask a crew member to point the large circulating pipes. When you look in the fire box you will see a very large set of horizontal pipes, they run across the fire box and branch into a much larger 7” pipe that goes vertically in the fire box crown sheet. The large pipes are essential to circulating the water around the hot fire box to make steam and also hold the locomotive’s fire brick arch in place.

Replacement requires a very complex repair that require first that we locate the proper ASME Code certified material or metal tubes/pipes. These pipes are then custom bent in Duluth by a company the specializes in bending pipes for oil refineries and power plants. Bend-Tec in Duluth is one of the worlds leading companies for this type of work. After removing the old pipes engineering drawings were made to replicate the old pipe and make new pipes. Currently the new pipes are now on hand and work in moving forward to carefully fit up these new pipes. Once all of the pipes are fit up Moorhead Boiler and Machine Company will send in it’s certified welder to complete the installation. After the welding is complete a third party inspection company will be brought in the Radiograph the welds and make sure everything is up to code.

“To date we are about 50% done with the work we have planned this Spring.” says 261 Chief Steve Sandberg, “You can’t really rush this type of work, it takes lots of time for each step of the process to evolve and you can’t rush safety.” We have brought in extra help including longtime 261 crew member Jeff Miller from Pittsburgh, Jeff has many years of doing specialty boiler work and is a perfectionist. As work continues, it is expected to wrap up by the end of May, ahead of the scheduled June 22 & 23 excursions. “Work continues at a good pace,” says Sandberg, “but there is always the chance that we could run into an issue and the 261 would not be available for the June excursions, if so the trips would continue as scheduled with Diesel power.”