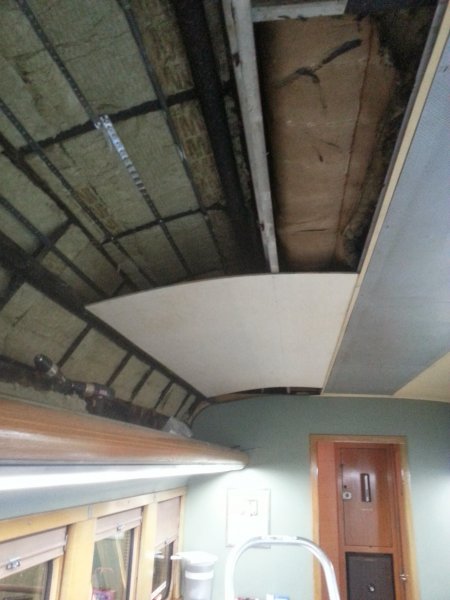 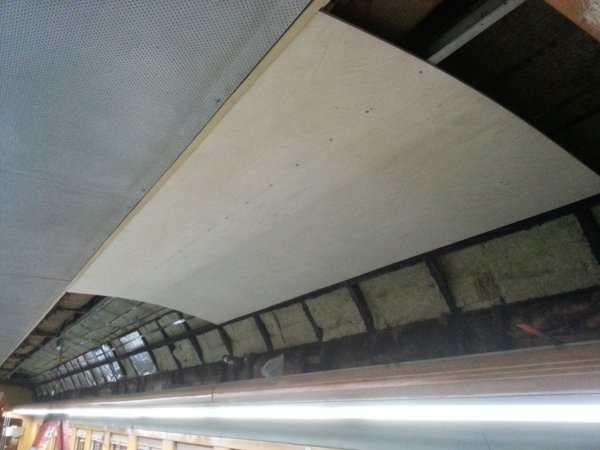 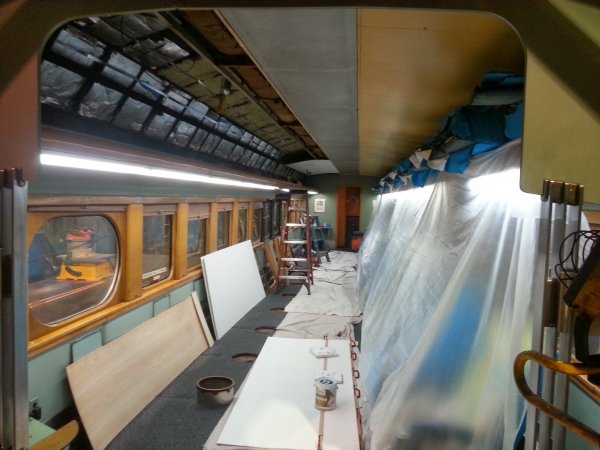 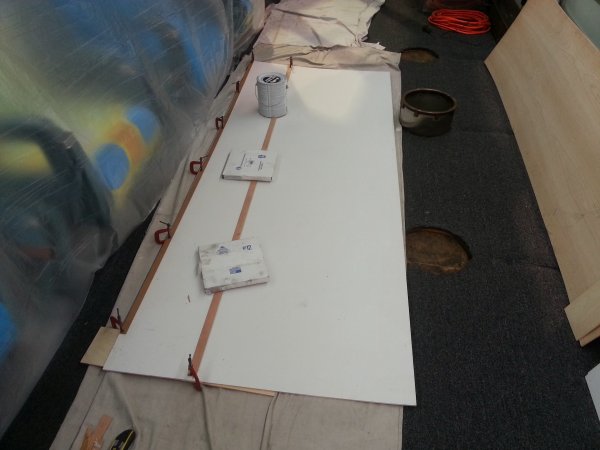 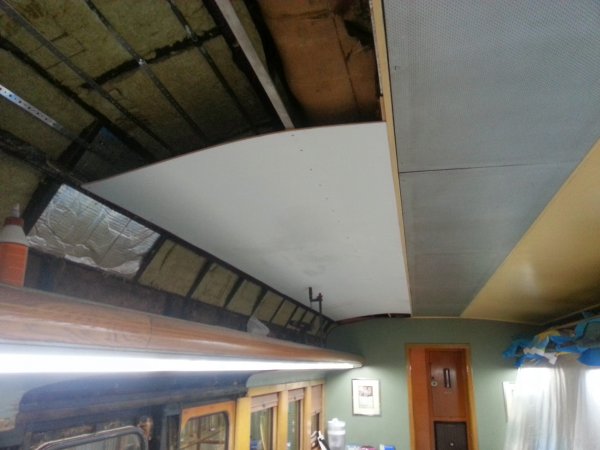 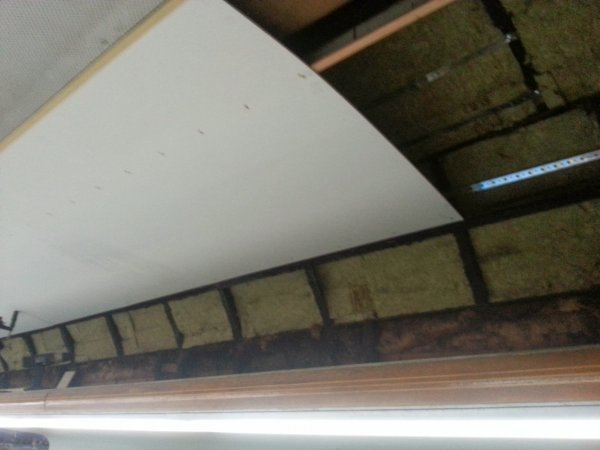 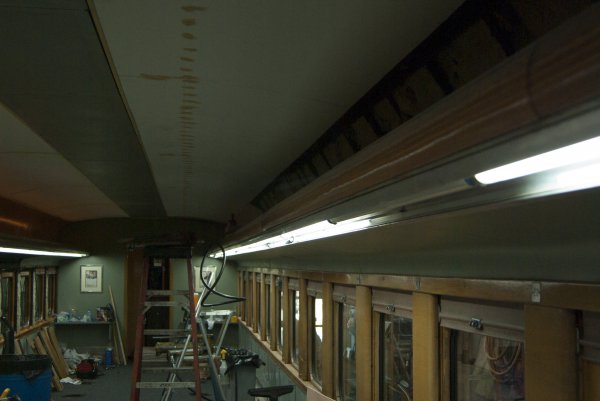 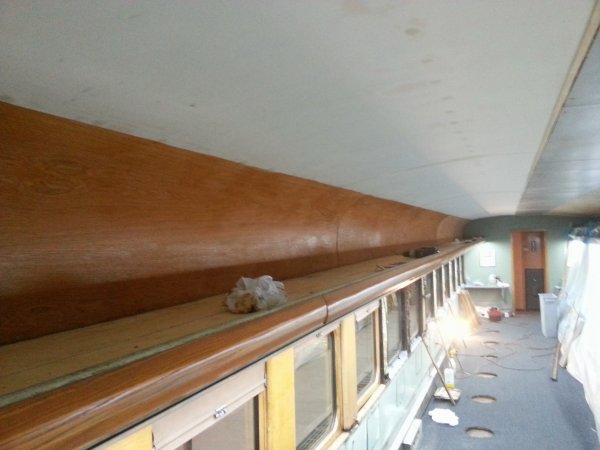 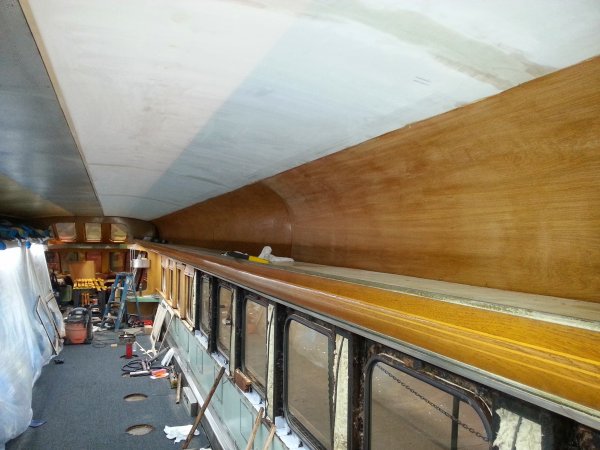 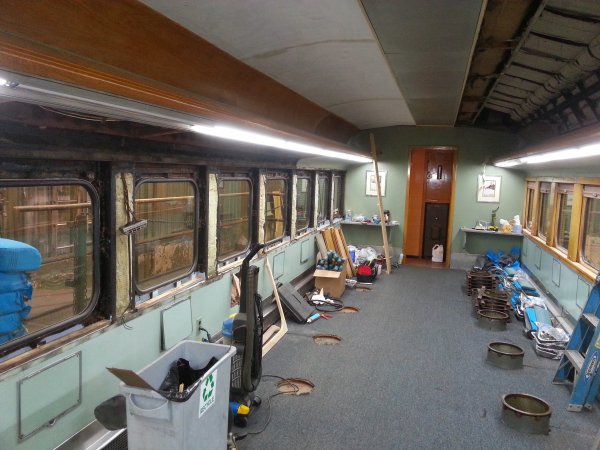 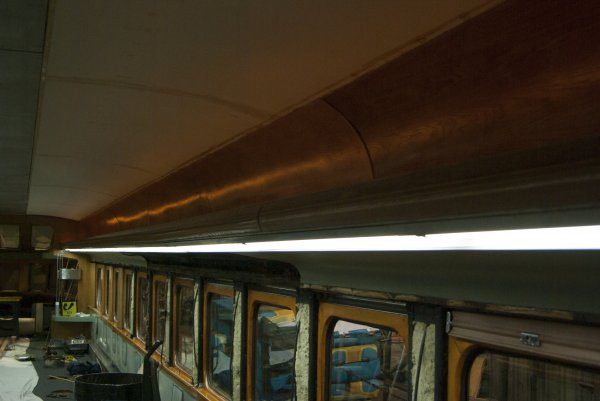 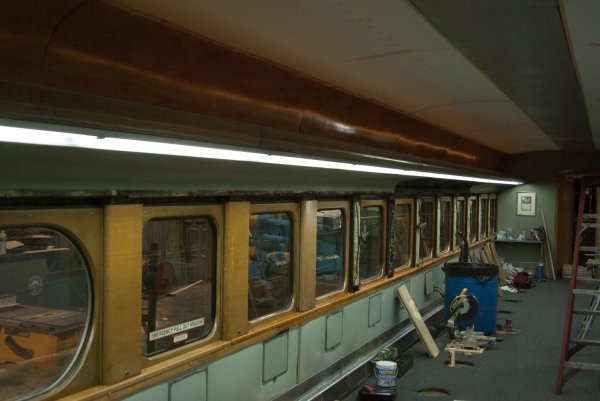 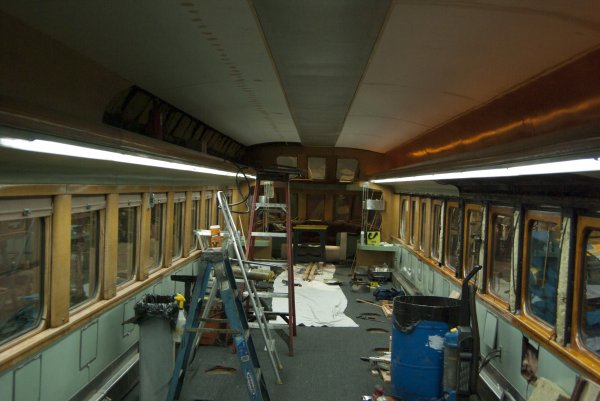 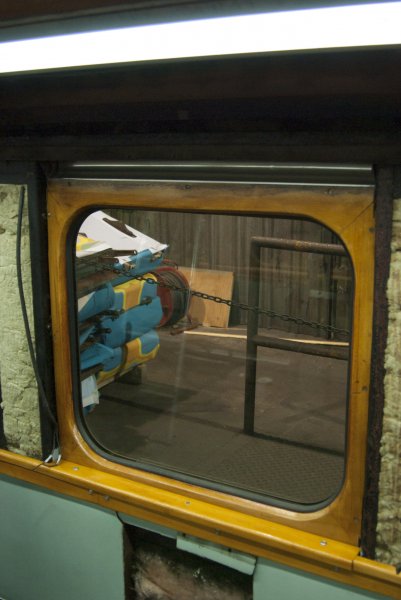 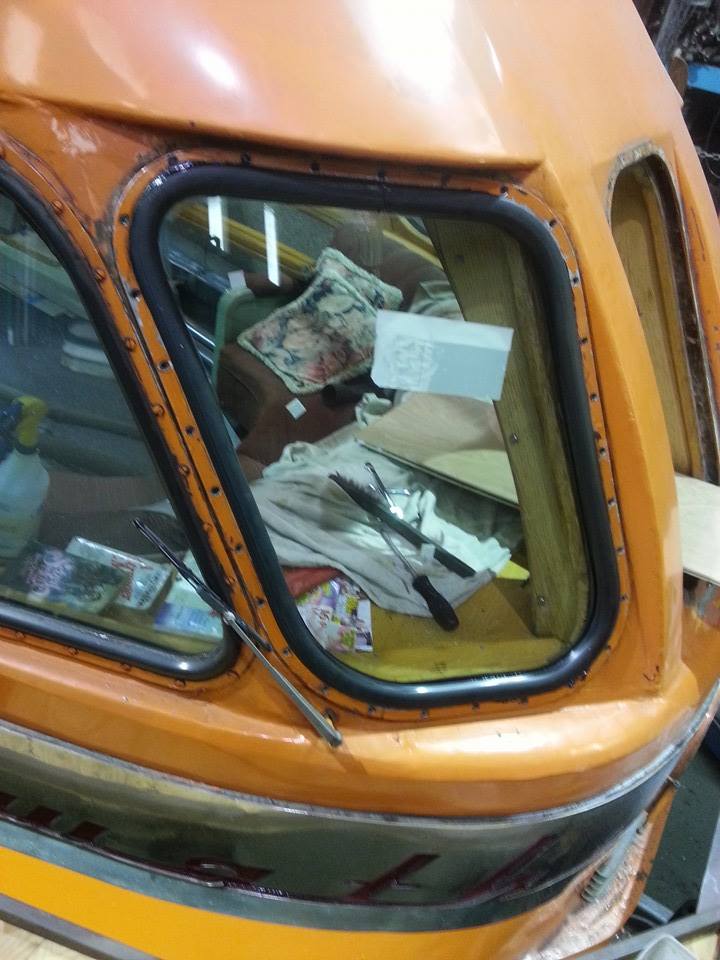 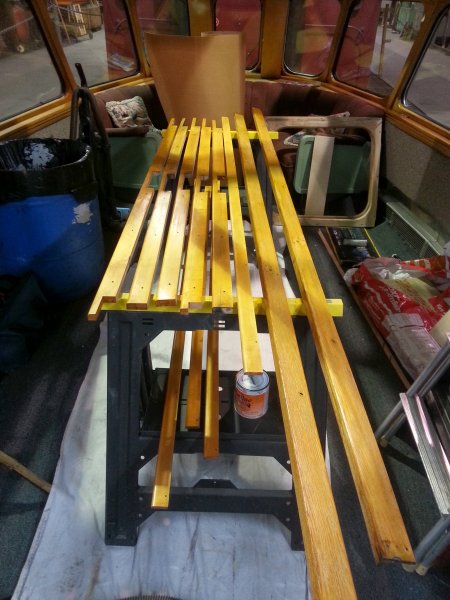 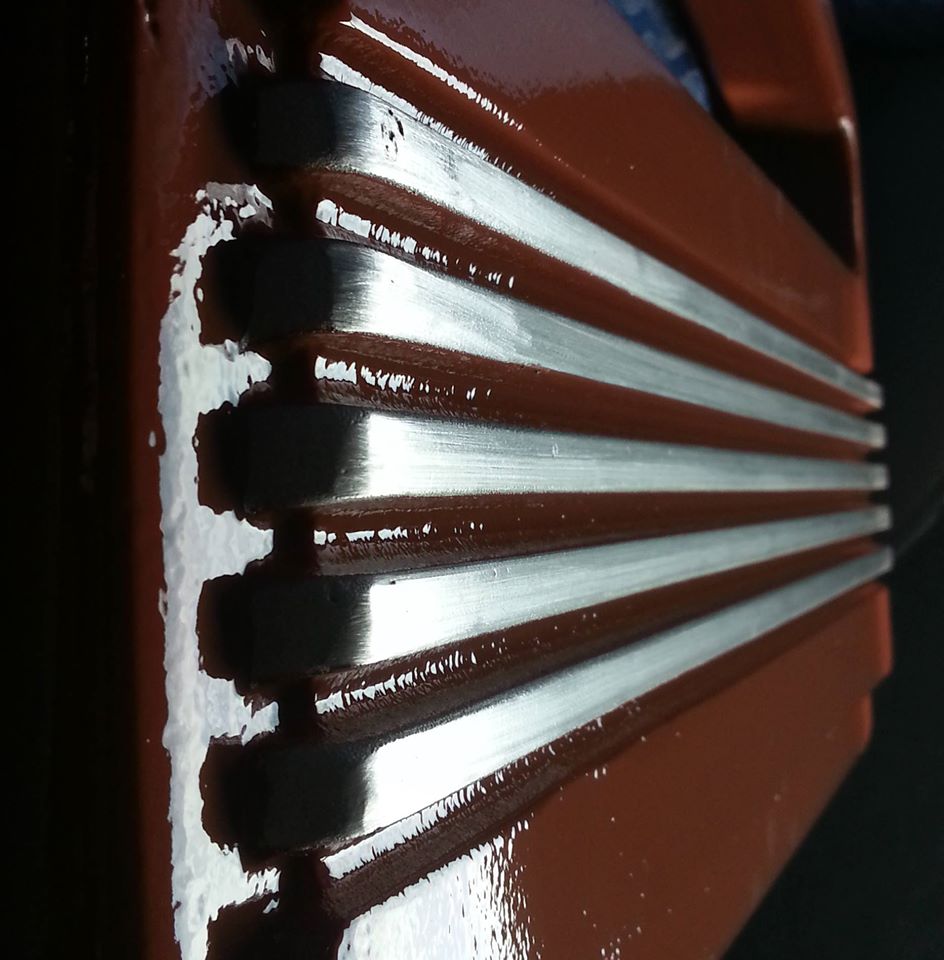 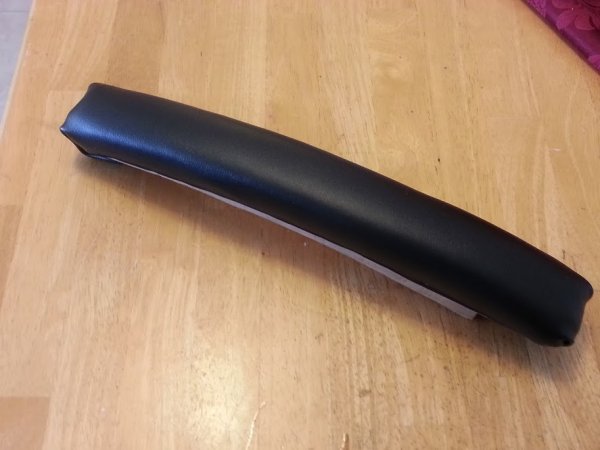 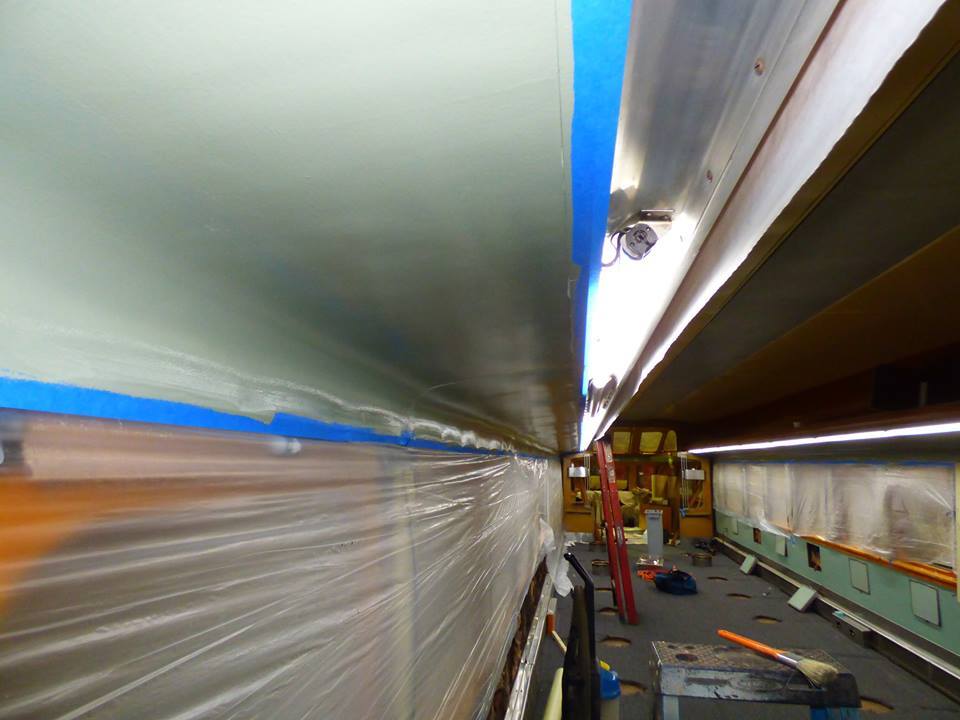 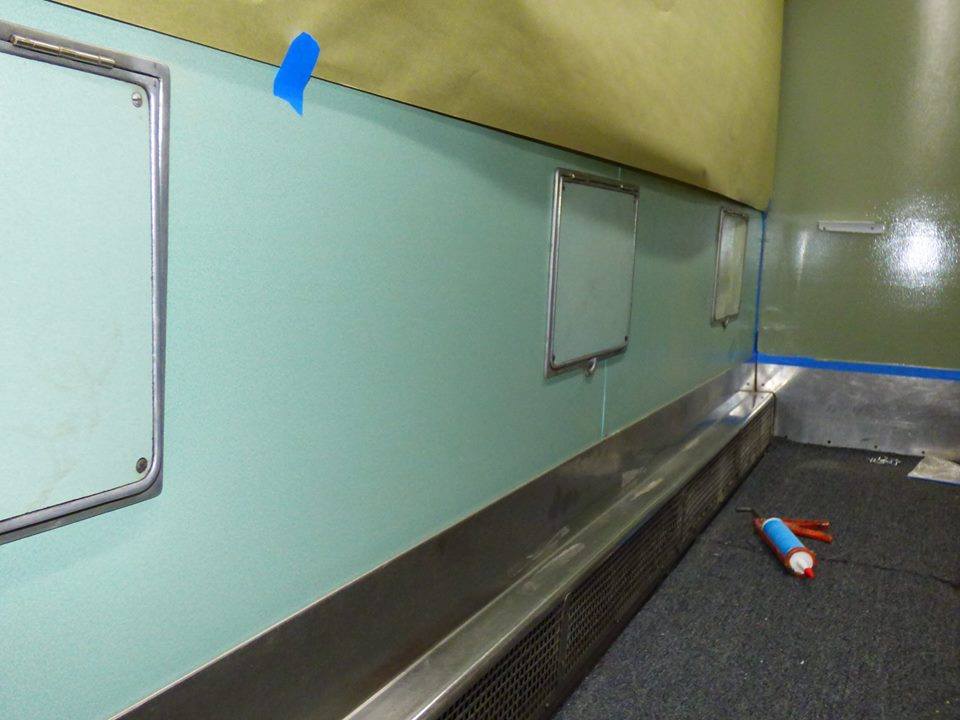 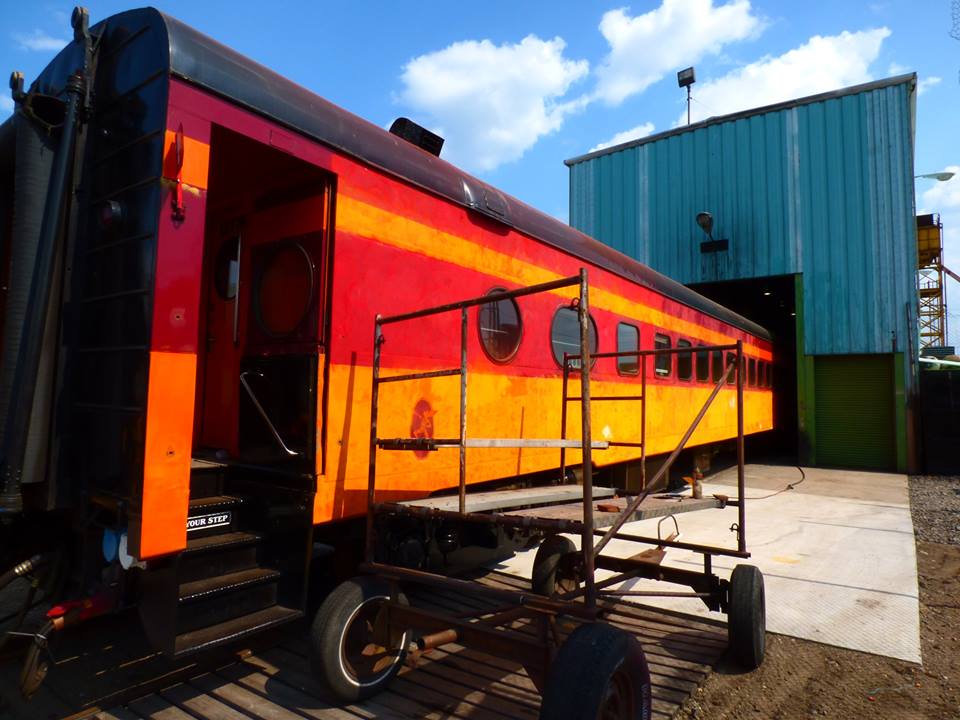 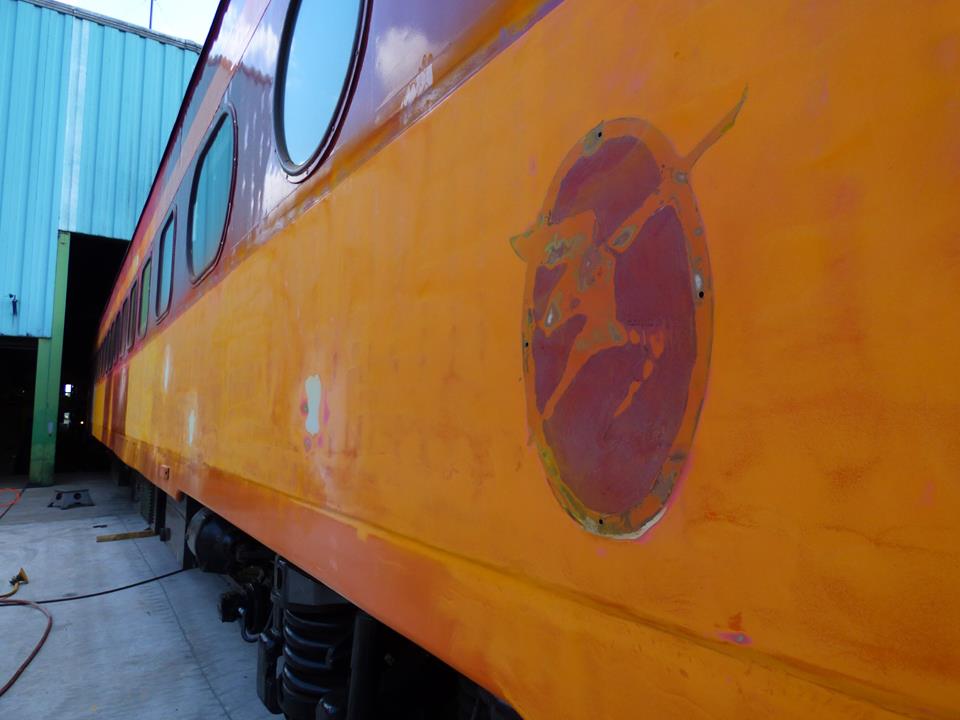 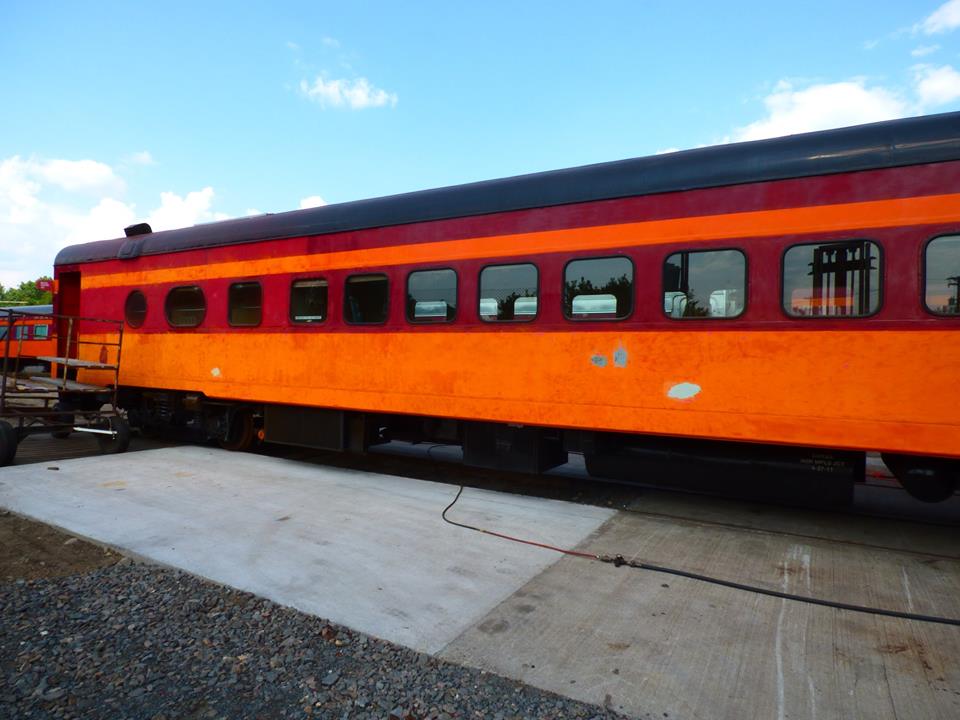 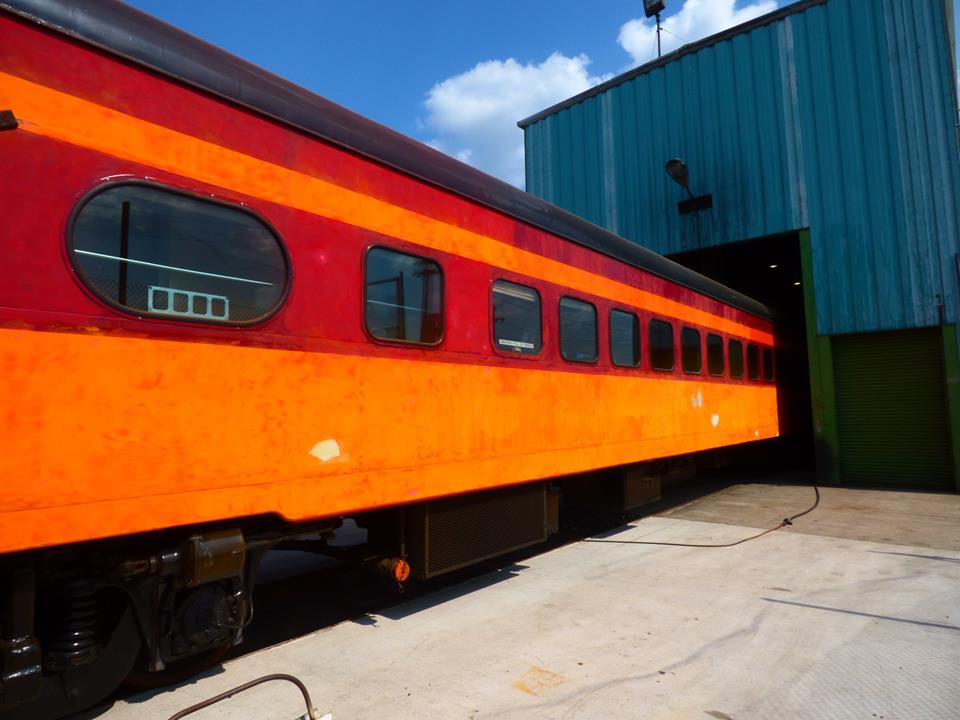 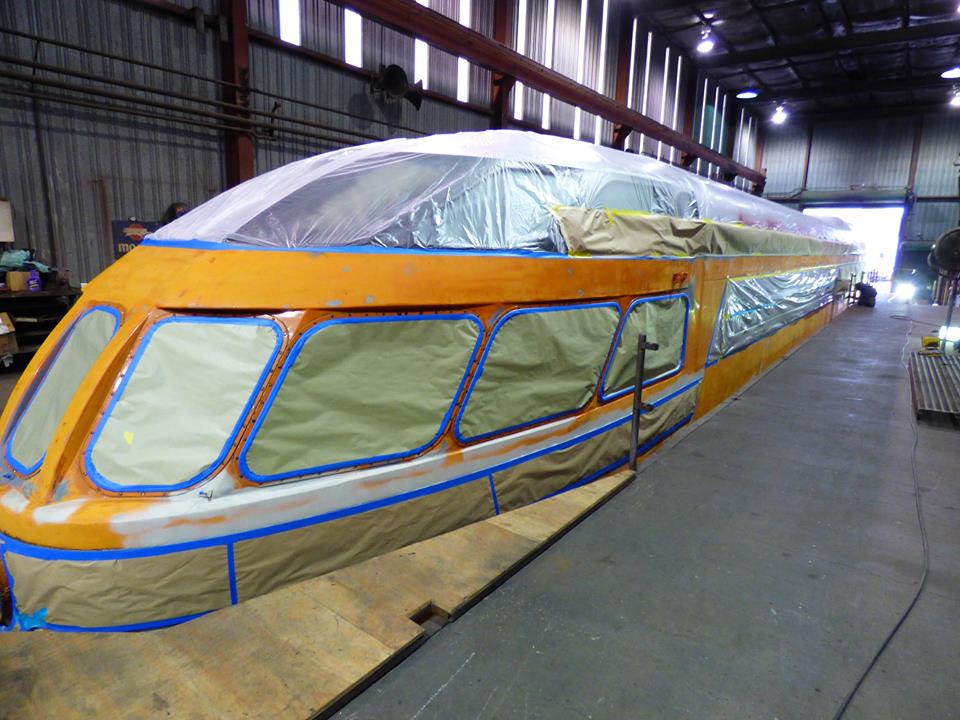 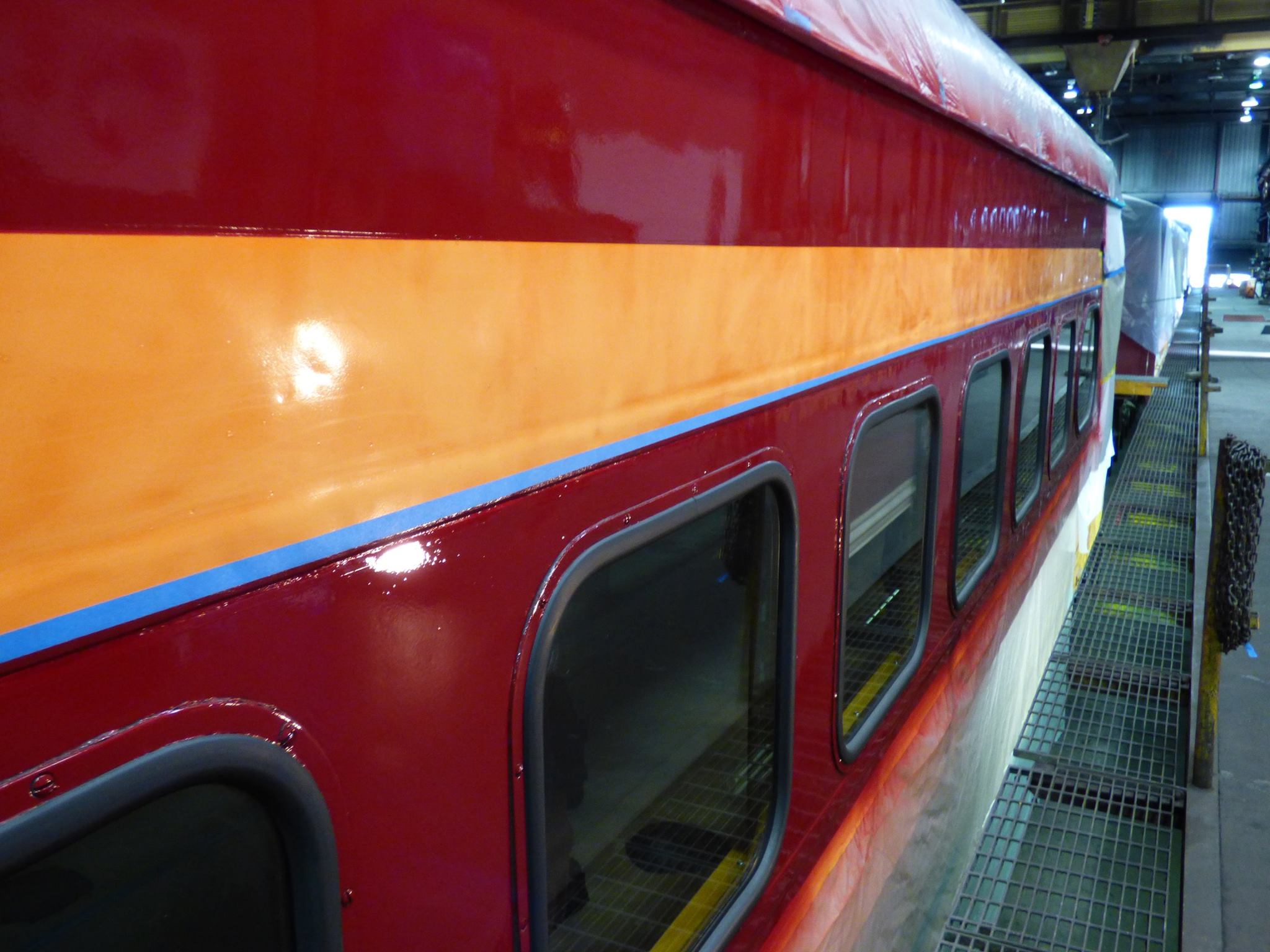 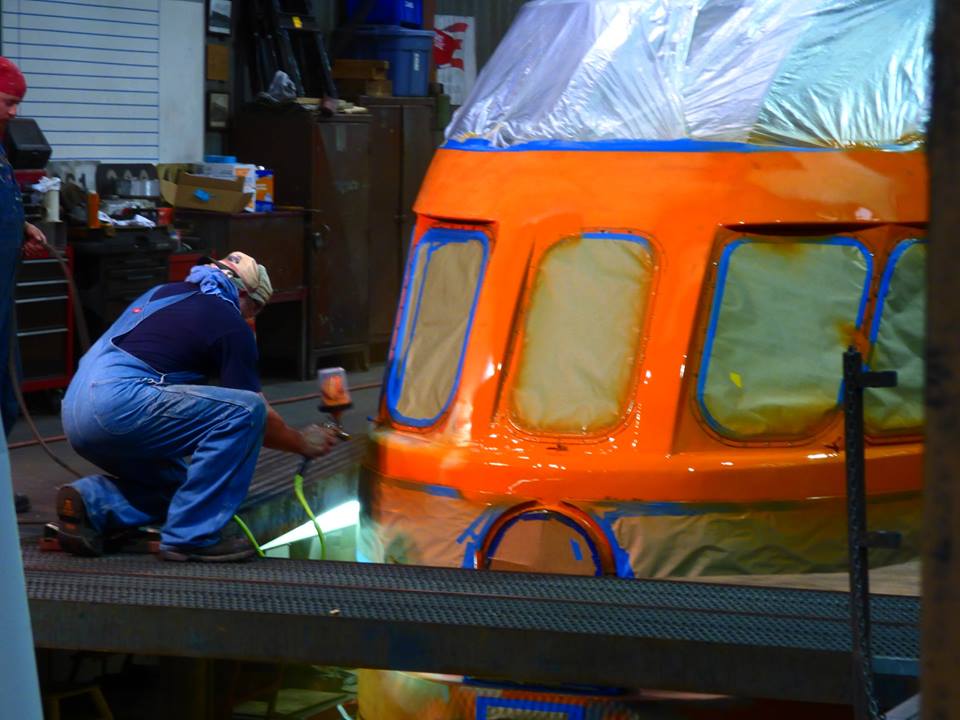 [Show thumbnails]
Steve Glischinski
Shoreview, MN
MINNEAPOLIS – Milwaukee Road 4-8-4 No. 261 was steamed up Sept. 13 for the first time since October 2013. Friends of the 261 Chief Operating Officer Steve Sandberg told Trains News Wire the engine was being steamed to do required federal checks, and to prepare it for an excursion from Minneapolis to Duluth, Minn., Sept. 27-28.

The nonprofit group owns the 4-8-4, built by Alco in 1944. On Saturday the engine moved back and forth along the tracks at the group’s shop in northeast Minneapolis. New brake equipment was installed, and several checks were made to be sure the engine would be ready for the upcoming trips.

The Friends of the 261 is also working on its fleet of passenger cars. Former Milwaukee Road business car Milwaukee has been repainted by the Northern Plains Railroad at its shop in Fordville, N.D. The short line had been using the car on several trips and agreed to repaint it in Milwaukee Road orange and maroon passenger colors. On Saturday Friends volunteers applied Milwaukee Road lettering and striping to the car. While the Milwaukee is fully operational, it is not yet Amtrak compatible and will not be making the trip to Duluth.

However, Skytop lounge observation Cedar Rapids will be bringing up the rear of the excursion train to Duluth following an extensive rebuilding to its “as built” condition. Under the supervision of the Friends Justin Young, all carpeting was replaced with new material using the original design used by the Milwaukee Road when the car was built in at the Milwaukee Shops in 1948.

The rear Mars light was repaired, including overhauling the machinery that allows the light to completely rotate. In one position the light blinks red, then when it is rotated around it shines white. The area around the light was re-chromed, and near both entry doors new chrome raised “Running Indian” Hiawatha logos were placed on the car sides. The exterior of the car then received a fresh coat of orange and maroon.