Over the last few months, Friends of the 261 employees and volunteers have been busy working on the business car Lamberts Point. The car was always ‘ready to roll’ and was kept up to Amtrak standards, but the Friends decided 2012 was a good time to finish updating the car’s interior. The work included restoring the original woodwork once found in the car.Work actually began in 2009. That year the Friends refinished Stateroom A before the car toured the country as part of Walt Disney Pictures promotion of the film A Christmas Carol. The room was redone with cherry woodwork from floor to ceiling, brass handles were polished, and new fixtures installed throughout. In 2010, Stateroom B was finished in the same fashion. This year, starting with the rear observation room and continuing down the hallway, all the old trimming was removed and replaced by new cherry woodwork. Crews fixed broken items and replaced any missing pieces. Now resembling the business cars of the past, the new woodwork is really something to marvel at. 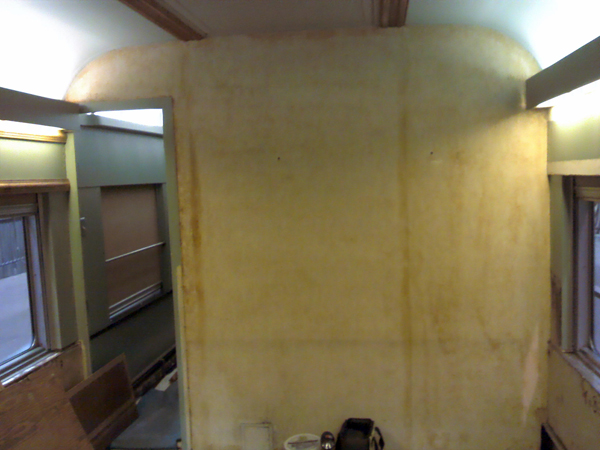 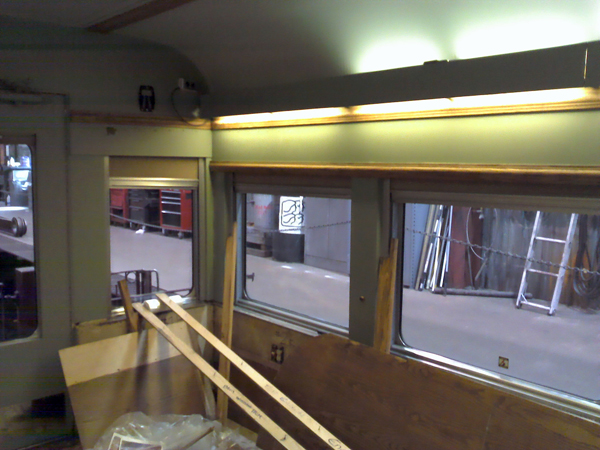 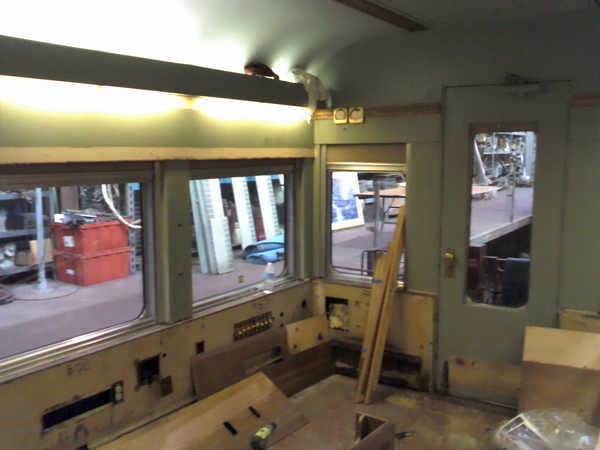 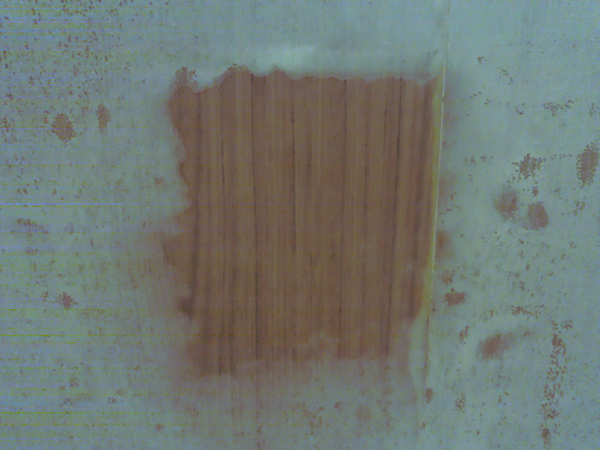 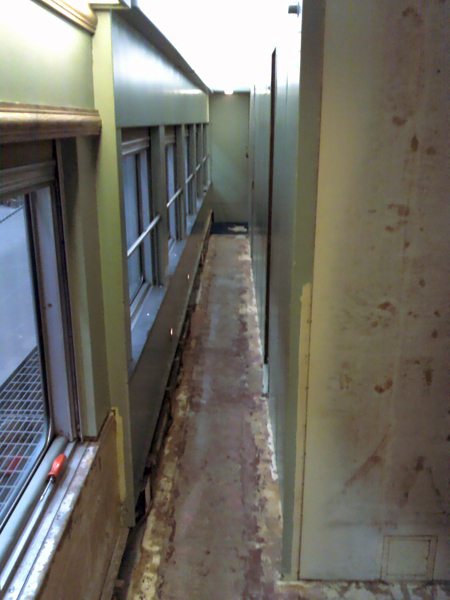 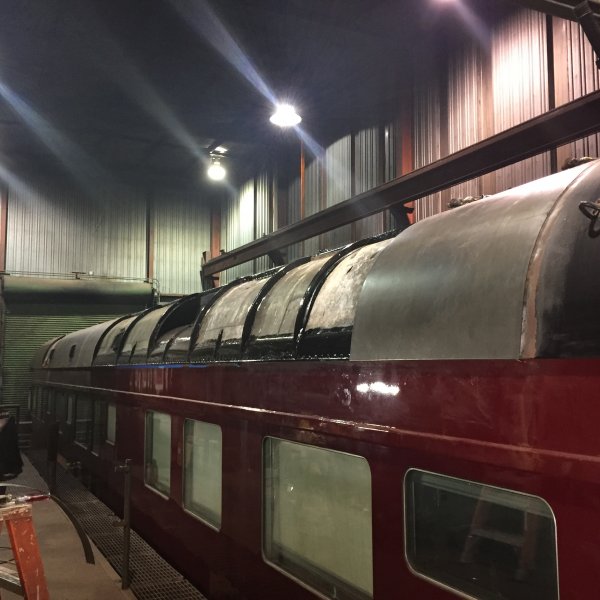 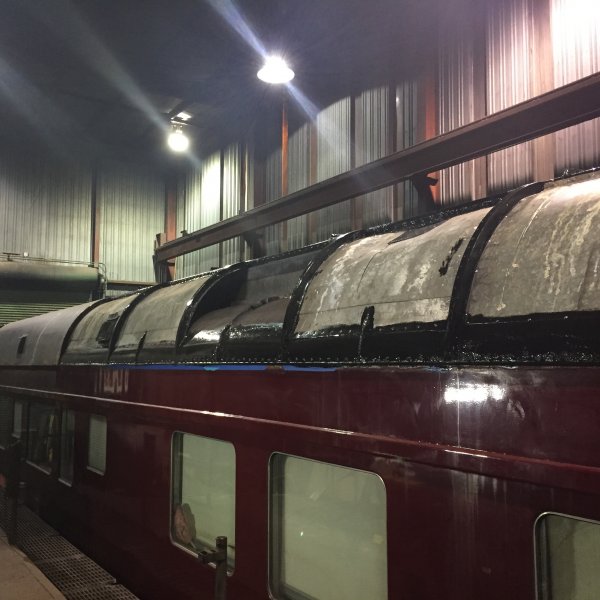 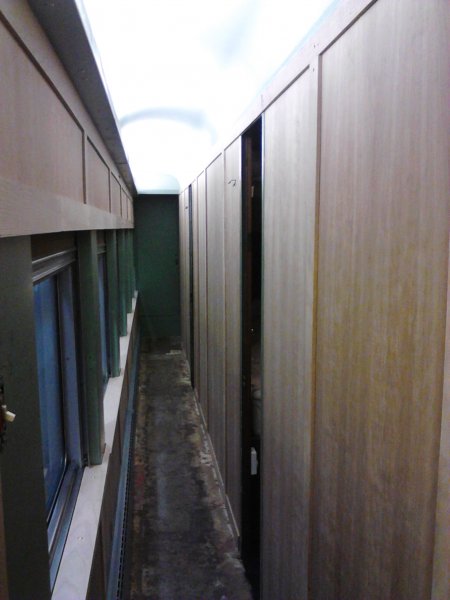 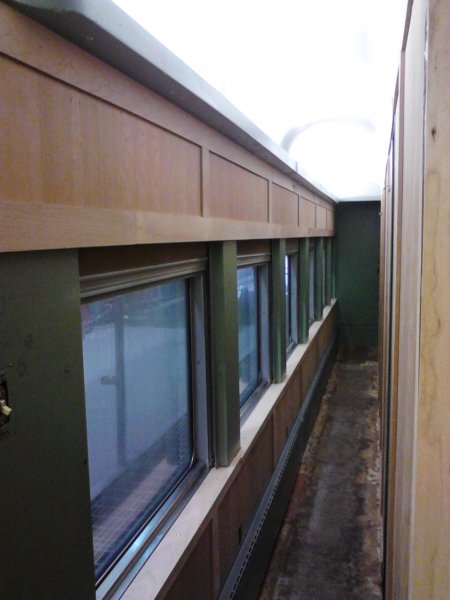 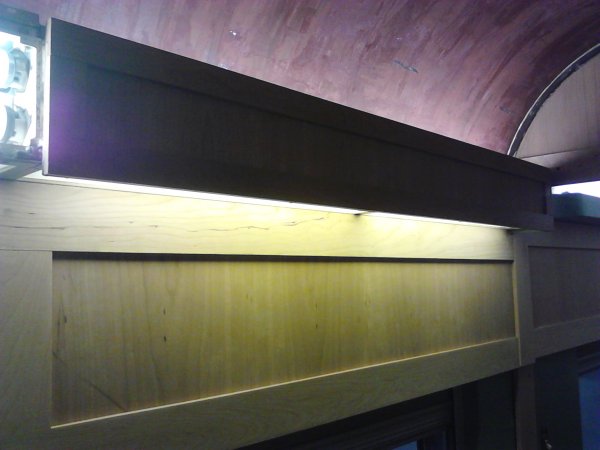 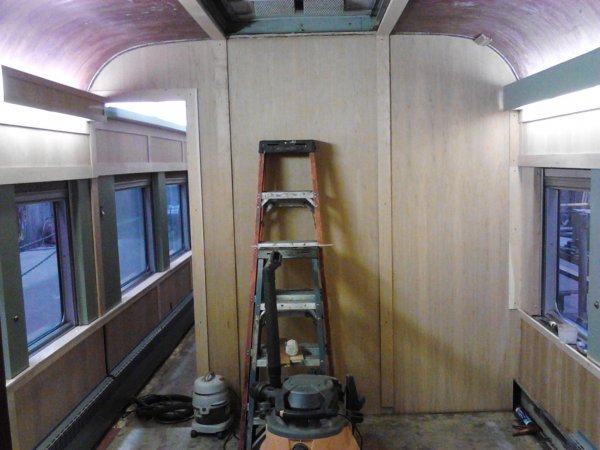